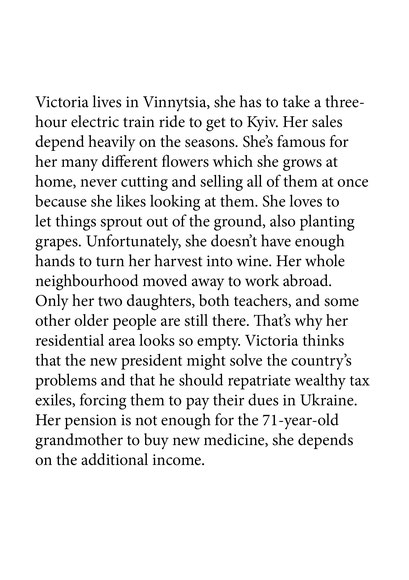 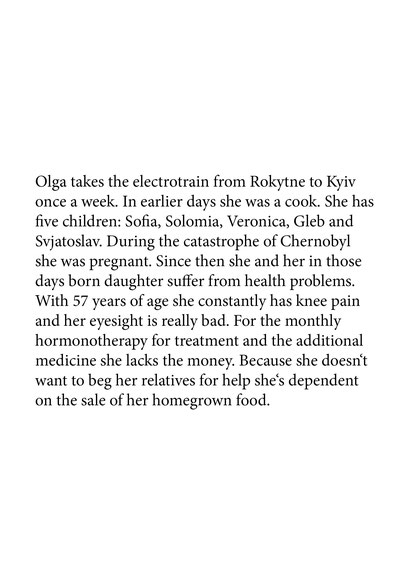 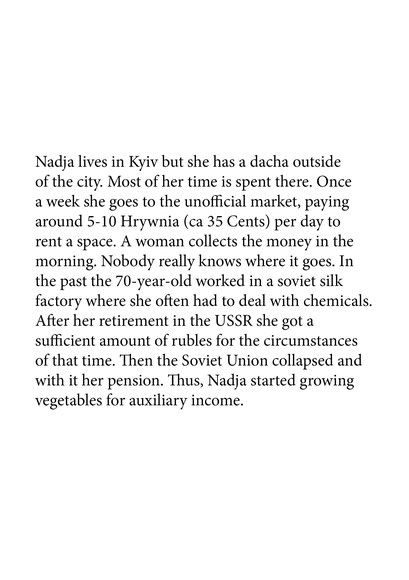 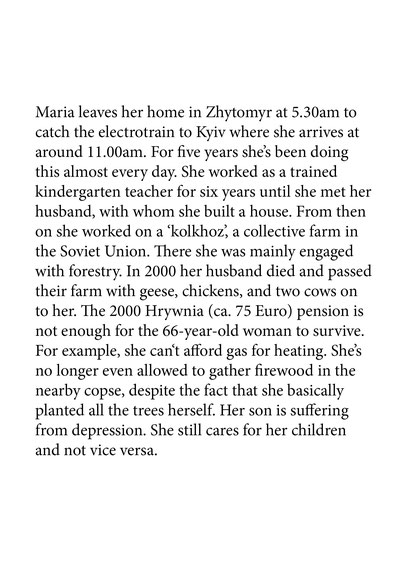 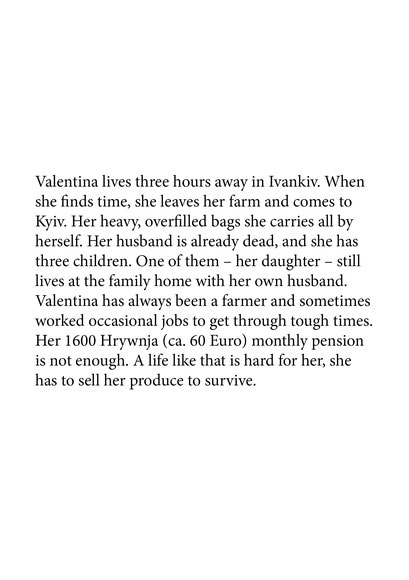 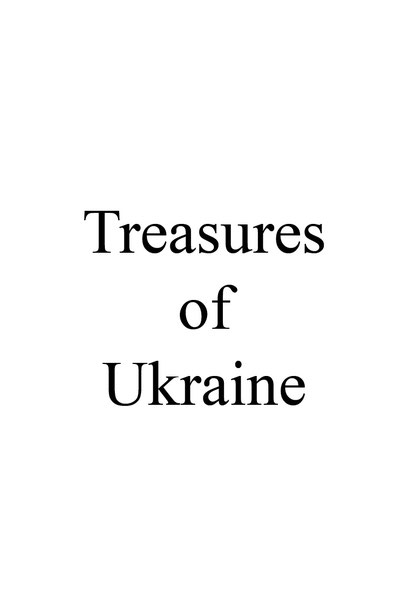 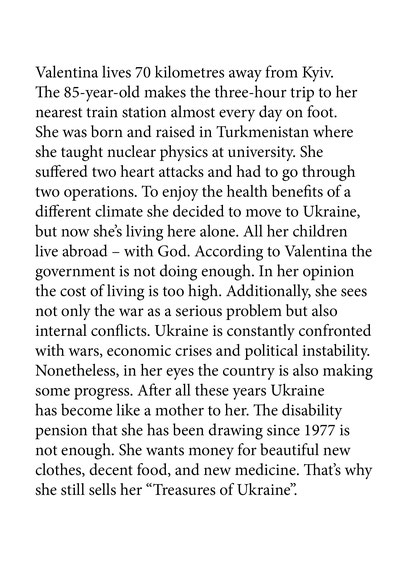 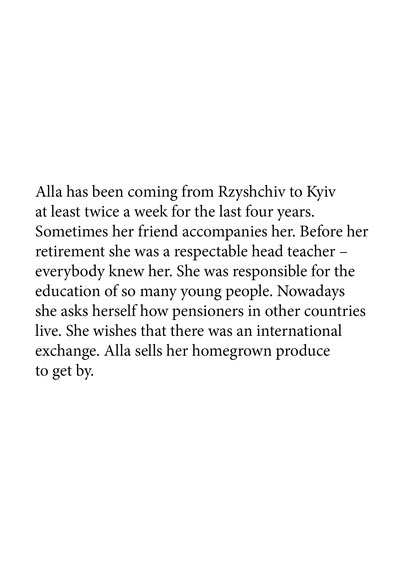 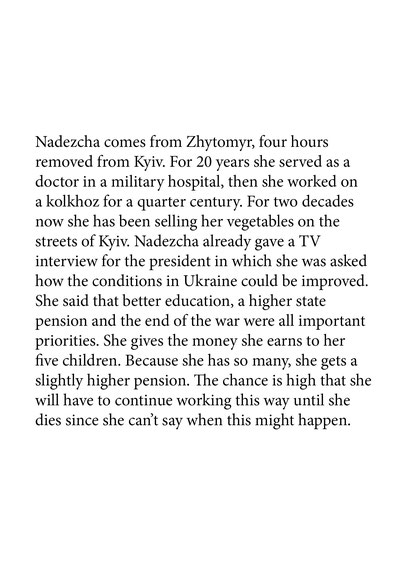 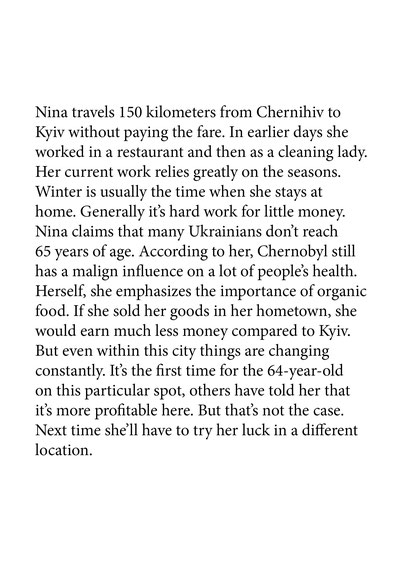 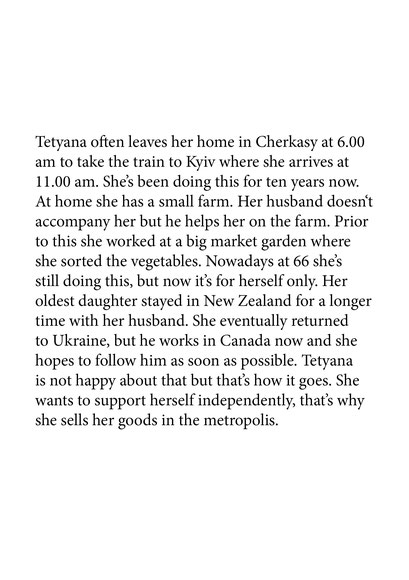 Born and raised in the Soviet Union, numerous women in today’s independent Ukraine find themselves confronted with a harsh reality: the state pension is small – barely enough to live on. As a result, many of them resort to using their gardens to grow fruit and vegetables which they then sell in distant cities. These old women – often dressed in colourful scarfs – have a singular impact on the cityscape.

On the streets of Kyiv I had to work with translators. I approached some old women and interviewed them. The questions I asked were mainly intended to collect information about their current environment and their former professions. Most of them started telling me all kinds of things about their pasts, their families and their countries. Many different fates, but one theme recurred again and again: an insufficient pension which forces them to work for the rest of their days. So I systematically photographed what I saw.

The pictures are now divided into four separate stacks – each with its own topic: places, portraits, goods, and hands. Each picture from each stack can be arbitrarily combined with any other picture. Furthermore, the surrounding stories are not directly attached to any single picture, inviting viewers to build their own narratives. This supports the idea of not only showing a few concrete examples but also communicating the full extent of this problem. What you see here is only a glimpse, but the situation afflicts the whole society.

I found my inspiration for this project during a trip through eastern Europe and Russia: wherever I went, I saw those old women. It’s obvious that they don‘t have enough money. Unacquainted with this matter, of course in the east I wanted to give those pensioners their deserved attention because I believe you can only see the strength of a society when you look at how it treats its weakest members.